What I Learnt On My Irish Vacation 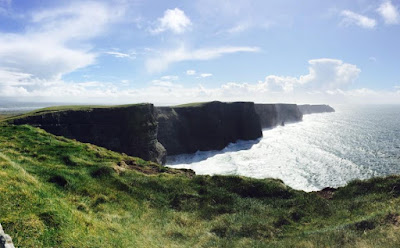 1.  I do not know what old is.  We asked about the age of a cathedral and the guide said “It’s new, built in the 18th century...”
2.  If you have trouble immediately knowing your right from your left, it is exponentially exacerbated when you drive on the left-hand side of the road and are asked which way to turn next…I said the wrong direction 1,254 times.
3.  Irish people are some of the friendliest people in the whole wide world.
4.  I do not like straight whisky.
5.  I do, however, like Irish coffee.
6.  Lambs are pure joy.  I’m convinced they set the standard for joy when God first created joy.
7.  Sheep run from the sound of a human voice.
8.  You don’t have to pay the VAT tax as a tourist—you  can apply to get all taxes paid back to you.  Learnt that a few days in, unfortunately, and didn’t have all of the proper receipts.
9.  “Half eight” is not four.  It is 8:30.
10.  Irish people eat a lot of “chips”, otherwise known as french fries.  They serve them with everything…even pizza.  Chips are called crisps.
11.  If it’s raining now, it won’t be in a wee bit.
12.  The Easter Rising for Ireland’s independence was 100 years ago—went to a centenary celebration and learnt so much.
13.  An Irish breakfast is heavy on the protein, translation:  so much meat.
14.  Most Irish children are not chained to “entertainment”.  We spent several hours outside (rain and sunshine) at the Easter Rising celebration with speeches and music.  Literally hundreds of children of all ages played and chased and entertained themselves and we did not see a single child gazing at a phone or tablet.  It was refreshing.
15.  Irish people are not afraid to talk to strangers.  They will stop you in the street to chat.  I met a few characters that will appear in my writing, I’m sure of it.
16.  Castles are everywhere…in sheep fields, on the side of a winding road, in the yard of a more modern house.  We imagined people saying, “I have an abandoned castle in my yard, no big deal”…
17.  The Irish brogue is utterly beautiful.
18.  The Irish love America…Americans…all things American.  We were thankful.
19.  Irish people look surprised when you tell them what a beautiful country they have.  I suppose if you’ve lived there forever, you forget.
20.  Early barrel makers are some of the hardest-working people on earth.  Learnt that at the Guiness Storehouse.
21. Irish people love sweets.
22.  They do not, however, put maple syrup on their pancakes…and they eat a lot of pancakes.  Stacks of pancakes sit next to scones in bakeries.  They eat them on the go.
23.  There is no definable border between Ireland and Northern Ireland.  You just arrive.  You can tell you’re there when the currency changes from Euro to Pound Sterling.
24.  The conflicts in Belfast are still brewing right under the surface.  I understand it a bit better after taking a black cab tour around the “troubled” area.  It was eye-opening.
25.  The Titanic museum in Belfast is worth every single red pence.
26.  The Cliffs of Moher are pronounced, Mo-Her, not More…and they are stunningly beautiful.
27.  Irish music is the saddest and happiest music we’ve ever heard—and beautiful.
28.  Rocket is delicious.  They use it on pizza, in salad, it’s everywhere.  We loved it and then we came home and discovered Rocket is Arugula.  :)
29.  Irish people stay up late and sleep in. B&B hosts serve breakfast at 9 – 10am  Early risers have to adjust.
30.  Ireland is known for her writers.  I understand why.  Ireland is rich in beauty, characters and story.
It’s been a year since our visit to Ireland.  Every time I remember a moment of our visit, I smile.  It was, by far, one of my favorite trips of all time. 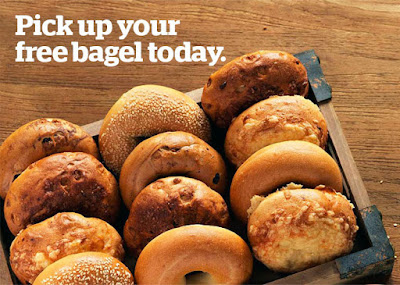 My daughter has a Panera rewards card.
This month she got a super duper bonus reward.
She gets a free bagel every single day of the month of March.
When she told me this, my first thought was, They have no idea what they’ve just done.
There is a Panera not far from her apartment.
She will collect every single bagel coming to her.
To my daughter, a broke college student, a bagel is gold.
It’s only March 8th and they know her already.
She walks in the door and they ask “Hey, what kind do you want today?”
She tells them and they hand it to her…free.

I’ll be honest, I’m a little jealous.
I want to be rewarded like that, I know for a fact that I’ve been a more faithful Panera customer.
But it seems my expenditures and my loyalty to Panera are all but forgotten, except for the occasional dollar off of a You Pick Two…sigh…

Like Panera, God loves to give rewards.
Unlike Panera, God’s rewards are not random.
God rewards our love and faithfulness to Him.
He loves to reward us.
And, boy, do we love rewards!
God warns us in His word, though, not to seek reward for ourselves.
“Beware of practicing your righteousness before other people in order to be seen by them, for then you will have no reward from your Father who is in heaven.
“Thus, when you give to the needy, sound no trumpet before you, as the hypocrites do in the synagogues and in the streets, that they may be praised by others. Truly, I say to you, they have received their reward. But when you give to the needy, do not let your left hand know what your right hand is doing, so that your giving may be in secret. And your Father who sees in secret will reward you.” – Matthew 6:1-4
When we are public with our faithfulness, the accolades we receive in real time are the only reward we will receive.
oh wow.
The praise of man is good, it feels good, but what am I sacrificing when I settle for that?
The bible speaks of God’s reward as an inheritance (Colossians 3:23,24)…what no human mind has conceived (1 Cor. 2:9)…He will lift us up (1 Pet 5:6; James 4:10)…a crown that will last forever (1 Cor 9:25)…a good harvest (Galatians 6:9) and so, so much more.
The praise of man pales in comparison.
And a bagel…well, it’s just a bagel.
at March 08, 2017 No comments:

My Favorite Movie Line...(don't judge me.) 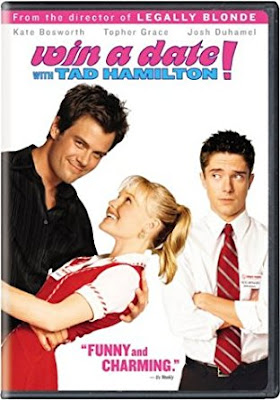 “What is your favorite line from a movie?”
The prompt was given at a writing class I attended at the community college.  My favorite line came immediately to mind but I knew I couldn't write it.  It was dumb.  I thought some more, surely there was another line to choose...Nope, no other line came to mind so I wrote my essay.
As luck, or rather, misfortune would have it, I was the last to share.  Everyone else in the class chose profound quotes from classic movies.  Their quotes had deep philosophical meaning, profound and influential.  The lines were serious--with political or moral significance.
Mine was from a chick flick with little depth.
As each person shared, I wondered how to share my line without appearing goofy.  Then I began wondering how to get out of sharing at all.  I could say I drew a blank, except others had seen me writing feverishly during the exercise.
Darn.
It was my turn.
I decided to own my favorite line and be proud.  Who cares what anyone else thinks?  And so I read:
"My favorite line from a movie is:  “Everyone is Tad Hamilton to someone.”
A few of my classmates chuckled.  I continued:  "As my kids began dating and thinking about finding the one, we discovered the movie Win a date with Tad Hamilton.  In a light and breezy way, the assumption that only the most beautiful person wins the guy or girl is unequivocally blasted to rubble.
Our hero, Pete, is in love with the unassuming Rosalee who enters a contest and wins a date with a movie star, Tad Hamilton.  As a romance ensues, Pete tries desperately to win her heart, but the virile Tad has only to wink and cause hearts to melt like butter on a sweet roll.
When Rosalee seemingly chooses Tad forever, Pete seeks the advise of a barmaid who has always flirted with Pete, pining for his heart.  Hearing his plight and knowing without a doubt that Pete loves Rosalee, she confesses that Pete is her Tad Hamilton.  Pete is surprised and humbled.
Then she says the line:  “Pete, everyone is Tad Hamilton to someone”.  Her words give him courage and he runs to Rosalee and declares his love but she rejects him and runs off with the movie star.  All hope seems lost, but as with all good stories, in the end, Rosalee realizes that the real Tad Hamilton is all buff and fluff.  She's loved Pete all along.
The movie ends with a sappy dance in the rain, and the confirmation that sometimes the good guy does win the girl."
When I finished reading, I sensed understanding in my classmates.  It's a universal angst, after all, that feeling that we're not pretty enough, not good enough and then, hopefully, the realization that we are loved, we are enough and we are who we're meant to be...that we're all Tad Hamilton to someone.
SaveSave
at March 06, 2017 No comments: