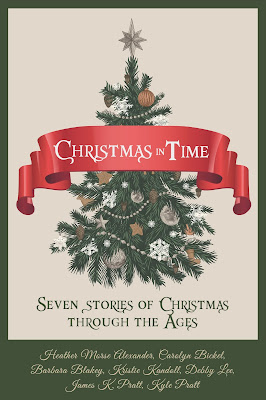 When I decided to write Two Golden Rings for the anthology, Christmas in Time, I did some research on the era.
What an interesting time.
Struggle and heartache permeated those years following the stock market crash of 1929.
In my research, I read a book, The Secret Gift by Ted Gup.
It told the true story of Mr. Gup's grandfather, Sam Stone, who had weathered the crash and had some extra money to give away in 1933 when Canton, Ohio was overwhelmed with struggle. That Christmas, Mr. Stone put an ad in the newspaper offering $10 to 75 families, no questions asked. Just write to "Mr. B. Virdot", describing your desperate need. When the letters poured in, he decided to answer 150 of them with a $5 gift.
Mr. Gup was not aware of Sam Stone's kindness until he discovered a suitcase filled with letters after his death. His grandfather kept the letters telling of utter desperation. They were proud people who didn't want to ask for money, but since it would be discreetly given, and since they were so desperate for the basic needs of life, they wrote. There were other letters in the suitcase as well. Thank you notes describing how the modest gift had been spent and what it meant to them.
Mr. Gup set out to find the families of the letter-writers, and discovered that the $5 gift had made a world of difference to some of them, filling them with hope and changing the trajectory of the family. For others it made for a nice Christmas but not much more. Some families struggled for generations. The book chronicles those stories and weaves in the account of Sam Stone's life as well. It's a fascinating read.

I tried to capture some of that tension in my story.
The desperation of need and the desire to be self-sufficient.
The pain of loss and the desire to be whole again.
The hope of provision and the devastation of disappointment.
Ultimately, I wanted to tell a story of the faithfulness of God - because He is - so very faithful!

You can buy a copy of Christmas in Time here.

I hope my story blesses you this holiday season!