The Tooth Fairy - How God Turned Failure Into Fame 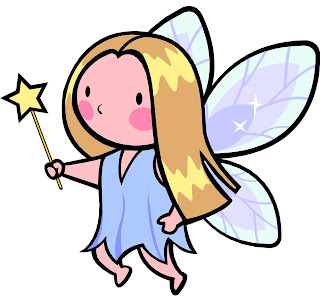 My twins were five years old and starting to lose their baby teeth.  I looked forward to being the tooth fairy for them like my mom had done for me.  My mother wrapped a coin in pink, stretchy crepe paper and, while I slept, exchanged the pretty package for my tooth.  I never caught her and she never forgot.
My daughter lost the first tooth and I performed right on cue.  Success!  Two lost teeth later I fell asleep on the job, waking up the next morning—neglecting to perform my tooth fairy duties.  I jumped up in a panic and ran to my son’s room.  Luckily, I managed to make the exchange just as he stirred awake.
“Mom, what are you doing?” he asked
“Oh, I was just checking to see if the tooth fairy came.” I said.
His eyes popped open as he stuck his arms under his pillow “Yes she did!  Look!”
It was a close call but my cover wasn’t blown.
The next time the tooth fairy was called to duty, I snuck into my daughter’s room a little too soon and her eyes opened as I searched under her pillow for the tooth box.
A few more teeth and a few close calls later, I resigned myself to being a sub-par tooth fairy. How could I be so bad at something so simple?  I hoped the kids weren’t on to my secret, but my hopes were dashed one spring day.
My kids ran in the door from kindergarten, both speaking over each other to tell me a story.  On the playground, a kid was bragging about his mother’s important job and all the other kids had joined in.
“Mom, Sara’s mom is a nurse,” my daughter said.
“Mark’s mom is a hair cutter,” my son added.
“Jessica’s mom is a teacher.”
“John’s mom works at a bank.”
I could see where this playground conversation had gone and as a stay-at-home mom, I wondered what they had said my job was.
“What did you say I do?” I asked.
In unison, they exclaimed, “You’re the tooth fairy!”
They were elated to have unloaded the secret they’d been keeping for quite some time.  Upon further questioning, I realized that they didn’t think I was just their tooth fairy, but they had assumed that I was the tooth fairy for every child in the world.  The other kids were very impressed.  After I stopped laughing, I told them the truth, that yes, I was the tooth fairy.  They’d caught me.
Truth be told, over the course of the previous months of tooth fairy failure, I had grown to dread the words “Mom, I lost a tooth.”  I associated it with another opportunity to drop the ball.  Try as I might, I simply couldn’t get my act together at the end of a long day.  It was one in a string of ways I thought I didn’t quite measure up to other moms.
When my children told me their story, I was blessed.  God had not used my lackluster tooth fairy skills to point to my inadequacy, He’d used it to build me up. He showed me that my children naturally thought the best of me.  Instead of disappointment that I was a bad tooth fairy, they had thought me an even more excellent tooth fairy.
As I mothered my kids to adulthood, the opportunities for guilt and comparison were never lacking.  When frustration with my shortcomings would rear it’s ugly head, the Lord graciously reminded me that I was the tooth fairy.  I remembered that even though I fail in some areas, I am God’s pick for my kids.  He did not make a mistake in assigning me to my children, quite the contrary.  He put us together on purpose—with purpose—that He would be glorified.  God’s grace is not a one-time gift, limited to salvation, it is a daily gift, one that we can choose to receive over and over as we muddle through motherhood.  God lavishes his grace on us, not wanting us to beat ourselves up when we fall short, but sweetly reminding us that His grace is enough.


2 Corinthians 12:9  (ESV) But he said to me, “My grace is sufficient for you, for my power is made perfect in weakness.” Therefore I will boast all the more gladly of my weaknesses, so that the power of Christ may rest upon me.
at April 24, 2017